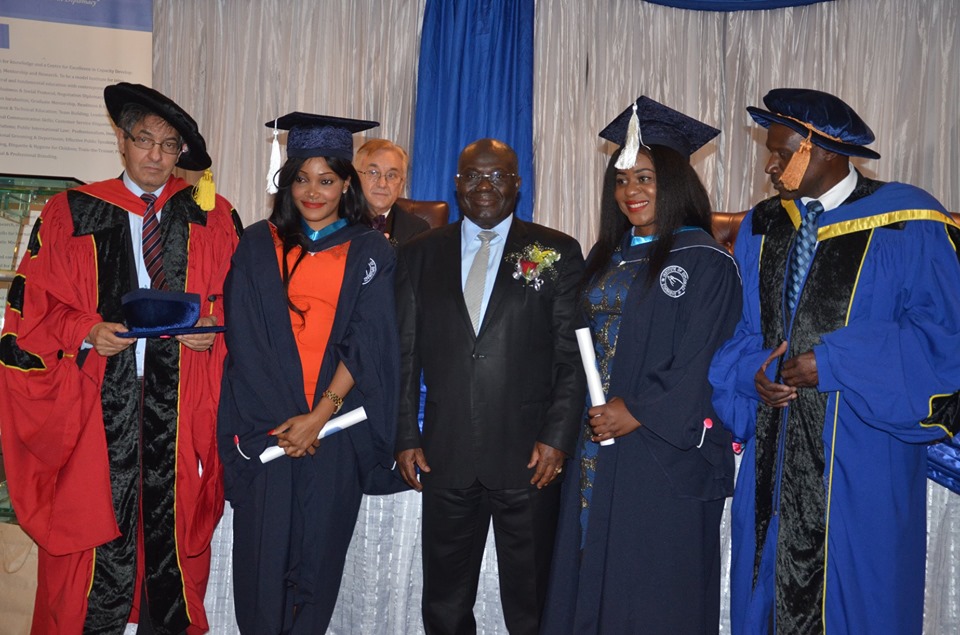 With a cast of 40 multicultural and diverse students graduating in a 6 month discipline in contemporary diplomacy and International relations, the graduation ceremony was indeed a momentous occasion worth celebrating as the graduands received their caps of knowledge from the Zimbabwe Institute of Diplomacy.

The graduands expressed their heartfelt gratitude as they took on a potentially life changing path in terms of career development and self-actualization. Through various intercessions from diplomatic missions the graduands procured several  business and negotiation skills which were premised upon contemporary issues and practicals in areas such as state, corporate and social protocol, managing stressful situations, business etiquette do’s and dont’s and diplomacy and statecraft to mention but a few. The Institute has unbridled graduates that are well equipped for any challenge in International relations and diplomacy.

Ambassador Nacerdine Sai of the People’s Democratic Republic of Algeria was the guest of honor.  In his keynote to graduands, he encouraged graduates to continue working hard and never stop learning. Emphasizing on  soft skills acquired during the course, Ambassador Nacedine underscored the importance of graduates achievement as a torch bearer and guiding star to further their career progression. Armed with diplomatic skills acquired, the graduands are now able to inflict a positive developmental impact on their societies.

Mr V A Chikanda also encouraged the graduating students to soar to success and pursue their dreams. “If you have a secret dream let it out! The world desperately needs people with the culture you have, who can make our societies and lives better,” he said. He also articulated on the fundamental importance of soft skills in human development saying “without soft skills and diplomacy a human being would be nothing but a mere reasoning savage.”

The purpose of the Zimbabwe Institute of Diplomacy  was to give Africa and the developing world a new breath of life. The Institute would like to congratulate the students and wish them the best in their new endeavours.

The institute is appreciative of many countries and embassies offering opportunities for students to pursue their dreams.