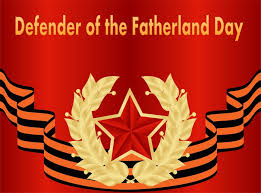 Defender of the Fatherland Day

The Director of the Zimbabwe Institute of Diplomacy Mr V.A. Chikanda joined the Russian Ambassador His Excellency Mr Nikolai V. Krasilnikov, officials of the Defence Military Air Force, the secretary of Foreign Affairs and the Russian community in Harare, in a reception to commemorate Defender of the Fatherland Day. The commemoration marks the creation of the Red (Soviet) Army in defending and upholding Russian values and protecting Russian security. Honorable Musabaya, the Deputy Minister of Foreign Affairs and Ambassador Manzou,  the Permanent Secretary also attended the ceremony