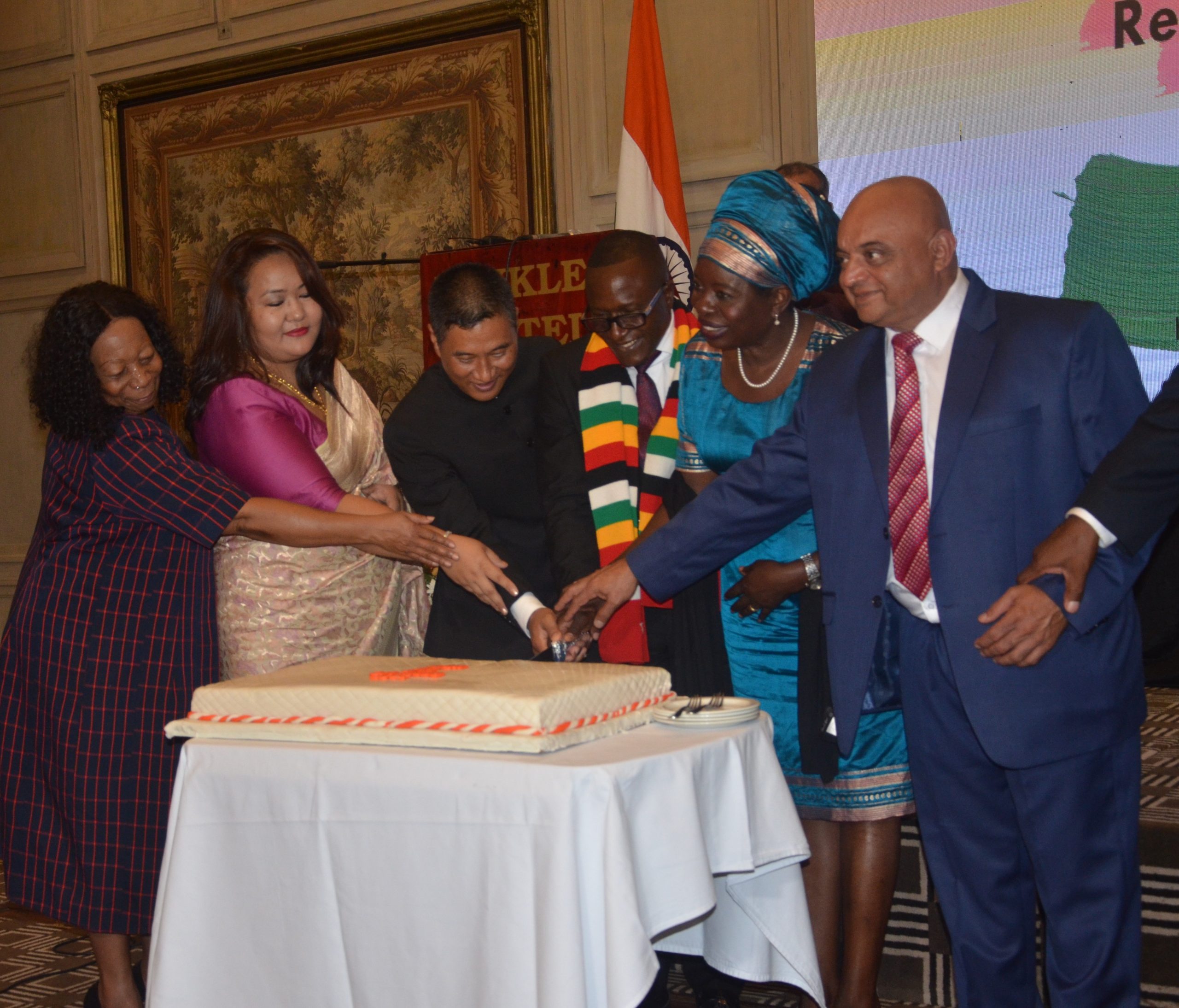 India is the cradle of the human race, the birthplace of history of man. The Indian civilization is the oldest civilization with a strong tradition of science and technology. It is on the basis of this that the Zimbabwe Institute of Diplomacy and the members of the Diplomatic Corps converged at the grand Meikles Hotel to celebrate India’s massive contribution to the world. Zimbabwe and the developing world have so much to reap from India. His Excellency R Masakui, the Ambassador of India to Zimbabwe, consolidated the heritage by emphasizing that the Republican constitution of India was committed to the principles of justice, equality, liberty and fraternity and that India was committed to assist other countries consolidate and nurture democracy for prosperity and development. As the Zimbabwe Institute of Diplomacy, we are grateful to India for its contribution to Diplomacy and peace through Mahatma Gandhi’s philosophy of non-violence. Happy Republic Day India.