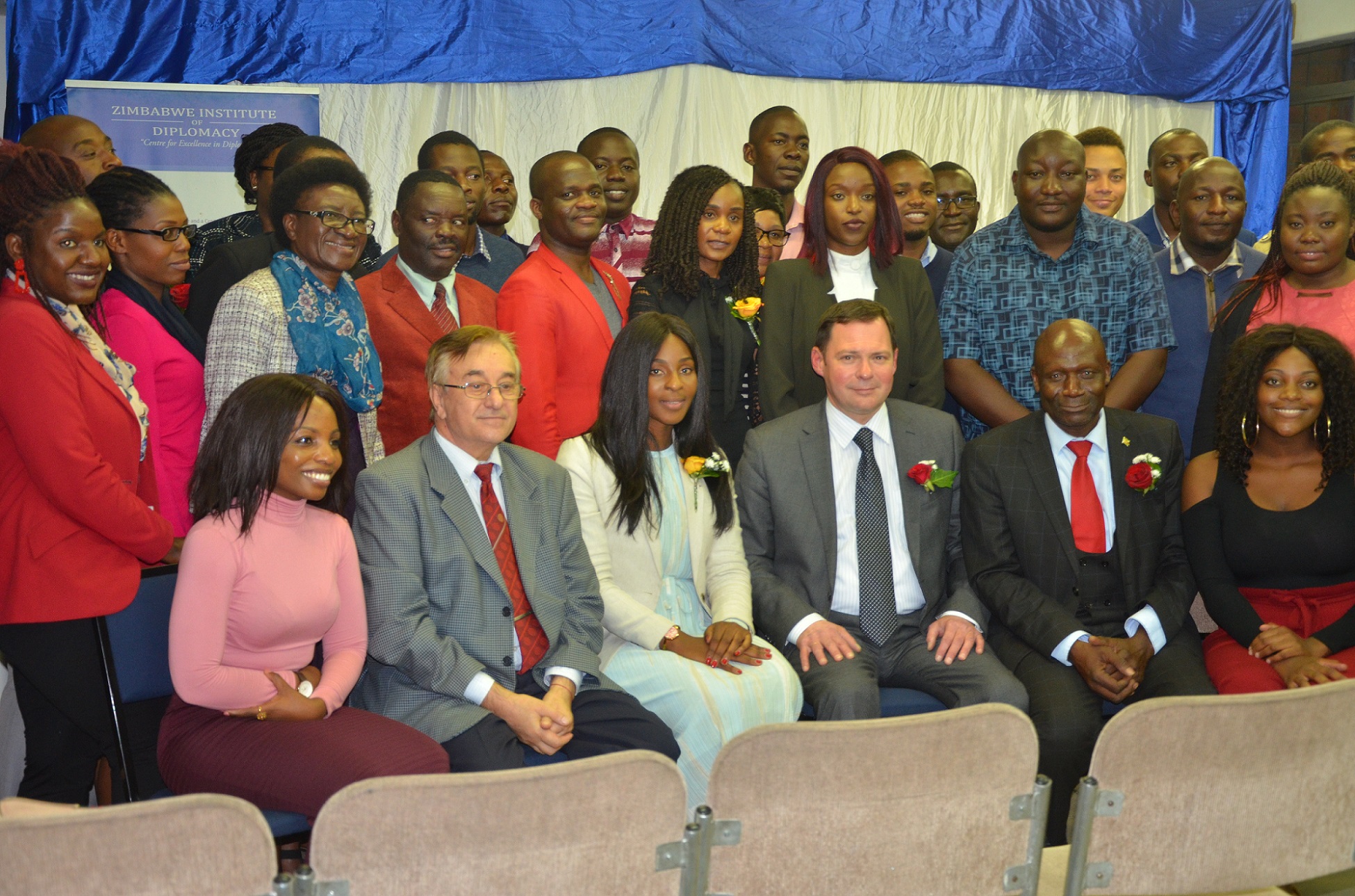 Ambassador Nikolai V. Krasilnikov on 5 March 2020 delivered a lecture on Global Foreign Policy of the Russian Federation to the Diploma students and ZID alumni. The lecture was also given to commemorate Russian Diplomat’s Day (10 February.) Ambassador Krasilnikov touched on salient features of the Russian Federation global foreign policy including: Russia-Africa Summit and Economic Forum held in 2019 which attracted 52 Heads of State and Government from Africa; candid observation by the Ambassador that the African continent was lacking “soul” in its economic cooperation with the Russian business sector which accounts for lack of progress in deepening economic ties with his country; the Russian Federation globally stood for international peace, security and disarmament and the United States of America was an important player and cooperating partner in this area; he underscored the special dialogue that the Federation was propagating with Turkey which was a key player in the security matrix in the Caucasus and Caspian region; he emphasized the critical importance of the People’s Republic of China as a great partner of the Russian Federation in regularizing the nuclear nonproliferation question in the Korean peninsula as brothers and as members of the UN security council.

The Ambassador also highlighted the critical importance of the Confederation of Independent States which evolved after the break up of the Soviet Union. He emphasized that the CIS occupied a special place in the heart of the Russian Federation Foreign Policy.

The participants of the lecture expressed concerns that there was no representative at the Embassy dedicated for Russia-Zimbabwe economic and business relations and recommended to the ambassador that his country consider having an economic person to facilitate economic relations between the two countries. The Ambassador pledged his country’s commitment to strengthen bilateral relations with Zimbabwe and Africa at large.