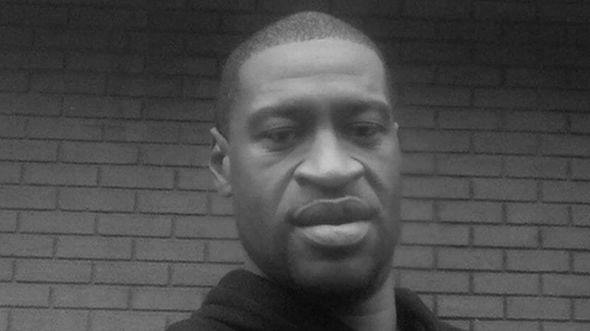 The USA should be viewed as a beckon of Democracy and honour those who founded it on the basis of the rule of law and a non-racial society. The premeditated murder in cold blood of Mr George Floyd by a group of white law enforcement officers led by Minneapolis policeman Derek Chauvin heralds yet another bitter, bizarre and outbursts of racism and Police Brutality in the USA. The ‘uniformed crime’ committed against an Afro-American George Floyd is a manifestation of the ever-hatching eggs of racism and segregation of the Afro-Americans in the United States of America. It must be dismissed with the contempt it deserves. From a distance, it’s a curse to be Afro-American and there is enough evidence that Afro Americans are treated as second grade citizens of the USA while white supremacy reins the order of the day with unparalleled impunity.
While the World should benefit from America’s greatness, the USA continues to exhibit a deep-seated immaturity in handling racial relations. The States destroy their own morals, bend their own rules, values and beliefs in human rights, freedoms and in particular the right to life! What compounds the situation is that the murder of Mr. George Floyd is not the first one and neither is it the last. Lip attention is paid to the rights of people of colour in the USA.
The USA should use its warped racist past as a foundation for change and progress and bring justice for all regardless of colour, creed or political orientation. It is also shocking to note the stunning ignorance of international relations by USA officials in particular Mr Robert O’Brien, President Trump’s National Security Adviser, who pointed a finger at Zimbabwe among other countries as “foreign adversaries” using social media to stoke unrest and “sow discord.” Yes, Zimbabwe could have its own problems of underdevelopment and misplaced policies but it has never been an enemy of the United States of America. This questions the whole sanctions regime against Zimbabwe by the USA including ZDERA. The misplaced and wrongful finger-pointing at Zimbabwe as an adversary is direct interference in Zimbabwe’s internal affairs with the aim to destroy the Second Republic and implement a regime change agenda. We expect the Trump Administration to distance itself from Robert O’Brien’s statement. The US Ambassador to Zimbabwe Mr Brian A. Nichols has done well to name, shame and condemn the murder of Mr Floyd.
What is promising is that both afro and white Americans are condemning and protesting the murder of George Floyd. It is though regrettable that some criminals are taking advantage to loot property. We hope the USA administration will use restrained force in dealing with protesters and allow Americans to enjoy the democratic right to protest? The International Community including the European Union should condemn the United States Government for failing to adhere to the several human rights conventions it is party too. The Demonstrations and protests are unprecedented and will continue to test the racial and political hygiene and maturity of the United States of Americas.