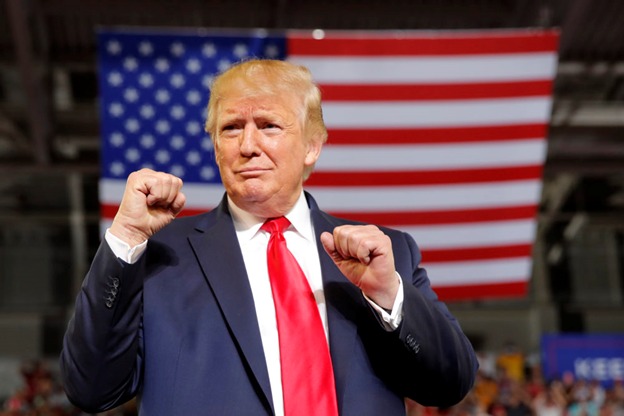 Former President Donald John Trump’s impeachment trial and his subsequent acquittal by the US Senate 57 to 43 votes is a big test for American Democracy and a revelation of salient weaknesses in the American judicial system. The trial showed a true separation of powers and the issue became a matter of the US Senate and not the President of the United States of America. The House Managers led by Senator Ruskin heaped their evidence on hearsay and widespread accusation some of which were not substantiated or corroborated and out of the constitutional provisions of the United States.

In my opinion the Democrat House Managers presentation were biased, based on hatred of Donald Trump and settling old political scores with Donald Trump than dealing with the reason why Trump should be impeached. Their presentations were full of malice to ensure they bar Mr Trump from participating in future US Presidential races. The question before the House was whether Mr Trump incited the mob that attacked Capitol on January 6 2021? We expected tails of arguments by the House Managers to centre on the speech itself and trump’s actual physical involvement, if any, in the organization. Planning and running the insurrection. This had to be documented and corroborated by credible witnesses and not by the public media including CNN which has always been biased against Mr Trump.

On the other hand, Mr Trump’s Defense Counsel headed by Mr Michael Van Der Veen limited their arguments to the real accusation Mr Trump was facing. Their preoccupation, which accounted for their success, was to prove that Mr Trump indeed in his speech incited violence and insurrection into the Capitol. The dismissed the allegations as based on rumors, hearsay and falsehoods. They lambasted the Democrat House Managers for abandoning the due process and rules of order for Impeachment hearings. Rule 23, due process and jurisdiction were ignored in the case. Their alibi was based on whether the Democrat House Managers could prove that Mr Trump indeed incited the mob in the word said implicitly or explicitly said but this was not the case.
The First Major flow was that impeachment was rushed in order to catch Mr Trump still in office but time dribbled the Democrats as it was only possible to Impeach Mr Trump after his term of office had ended and President Biden had been sworn in as President of the US.

Technically impeachments are meant for Presidents of Officials still in office. They are meant to remove them from office and even bar them from further holding public office in the future. The two penalties run concurrently. Therefore, in the Trump case I surmise it was indeed unconstitutional as Trump’s Defense Team argued. Impeachment was only for Presidents or public servants already holding portfolios in government. There was therefore no legal basis to impeach Mr Trump when his term of office had ended. He had been removed from office by the people in the elections.

The acquittal of Donald John Trump means that he can in the future be illegible for election into the public office in future elections, a thing almost 40 % Americans abhor. There is no way Mr Trump can be taken to civil courts for actions and acts that happened when he was President of the United States. He also enjoys the rights under the first amendment mainly on the freedom of speech. It’s, therefore, inconceivable how acrimonious and unforgiving Americans can be when Pelosi and her Democrats after a debilitating lose in the Impeachment Trial of Mr Trump continued to look for loopholes to bring Trump to the so-called justice.

Are we beginning to see the real America! Yes, one is not obliged to like Mr Trump’s leadership style. He has let down the Palestinians by promoting Israeli intransigence and political prostitution when he moved the US Embassy from Tel Aviv to Jerusalem in violation of International Law. Trump allowed Israel to continue building Israeli settlements on Palestinian soil! Trump moved the US out of the Paris Climate Agreement. He also instigated the US removal from the Iran Nuclear Deal and to make matters worse for Europe he advocated that the US would not shoulder NATO’s financial burden and that every European country must contribute if the US was to continue a player in the alliance. He dealt Cuba a setback to reverse former President Obama’s normalization of relations. He assessed Obama’s move as only in favour of Cuba against American interest. President Trump saw dollars in every global relationship and as a business mogul was not for political advantage and rhetoric alone. He reigned fire on China’s advantage in trade disparity with the US and increased sanctions against the Russian Federation. He agitated vigorous for the “America First” mantra.

President Trump did not seem to know where Africa is and worse still even my country Zimbabwe. He was not so intrusive in African affairs. President Biden is an expert on African Affairs and we expect heads to role in Africa with the US now poised to act as a “prefect in global politics”. President Biden was one of the architects of the Zimbabwe Democracy and Economic Recovery Act (ZDERA) bi-partisan piece of legislation that brought US economic sanctions against Zimbabwe.

From a bird’s eye view, one would now wonder why the US Senate would be so happy to impeach Mr Trump who symbolized the true America because he symbolized the real simple American untainted with bureaucratic cream.

What then is in the vote?

The vote was acutely by Partisan save for 7 GOP Republicans who crossed the line and voted guilty. Trump is the first President of the United States to impeached twice and be acquitted twice.

Is it not that the attack on Former President Trump is being instigated from outside America? Is it not a deliberate ploy to disturb President Biden’s Presidency? President Biden should now be preoccupied with saving America from the Coronavirus Pandemic. Why would the Democrats already in power continue to attack the Trump Institution? There is still 4 years to campaign. It is also likely that the GOP Republicans may continue to use Mr Trump’s shadow candidate to mislead the Democrats in the next election. The GOP are very likely to field a new candidate but they need Trump power to win an election?