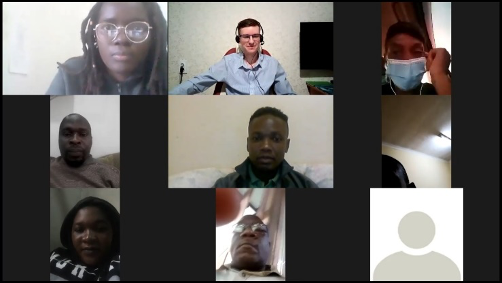 Russian Language courses, the first of their kind in Zimbabwe, started like a storm on 6 May 2021. 58 students received their first Russian Start lessons in three Groups each group manned by 3 highly qualified and experienced Russian Language Teachers from the St Petersburg State University.  The courses,  jointly facilitated by the Russian Embassy in Zimbabwe, The Center for Language Studies of the St. Petersburg State University and the Zimbabwe Institute of Diplomacy, are a result of a Memorandum of Affiliation between the St Petersburgh University and the Zimbabwe Institute of Diplomacy.

The courses conducted under the theme Russian World seek not only to deepen aspiring cultural and scientific relations between the Russian Federation and the People of Zimbabwe but to explore the beauty and special characteristic of the Russian Language – the language of peace and unity – of a nation that freed the World from Nazism and Fascism. The language training was launched 3 days before the Victory Day over Hitler and his cahoots of the Berlin-Rome-Tokyo axis in 1945.

The current Russian as a Foreign language beginners’ course is both virtual and face-to-face and will span 12 months. Upon completion students will undergo an examination and certification by the St Petersburgh University and the Russian Ministry of Education.